MISSION STATEMENT
“The Amador Whitney Museum exists to promote an interest in the history and culture of the Mother Lode region among both residents and visitors. It will do this with particular emphasis on the contributions and experiences of women who have lived in the Mother Lode, from the distant past to the present day.”

HISTORY
This building, originally the Kling Building is probably the oldest commercial building in town. It dates back to 1860. Throughout the years, it has housed many types of businesses including the Wells Fargo Drayage Company. Most recently, the building was owned by two gentlemen, Jerrold Whitney, and Clayton Pinkerton. Mr. Whitney was a gregarious antique dealer, and Mr. Pinkerton was a well known Bay Area artist. Upon their deaths, they bequeathed the building to the city of Amador to be used as a museum. In 1993 the building became known as the Amador Whitney Museum. 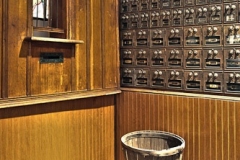 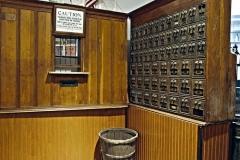 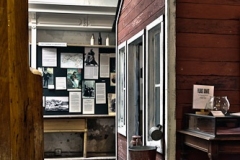 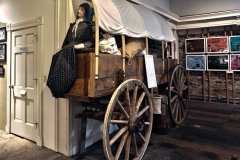 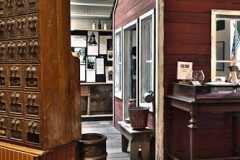 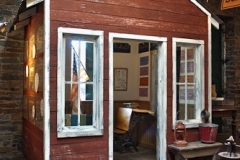 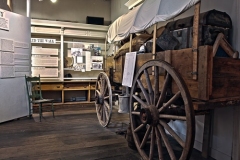 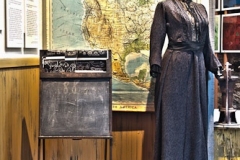 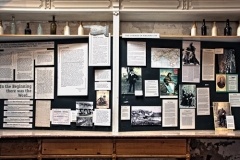 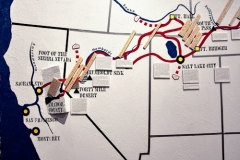 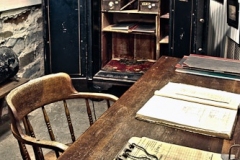 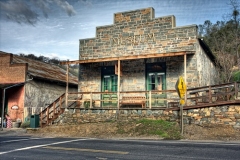 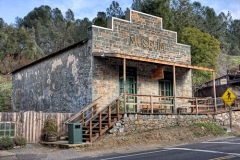 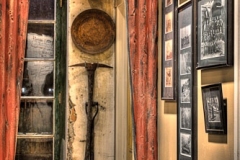 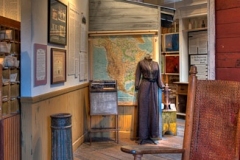 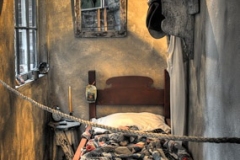 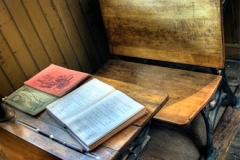 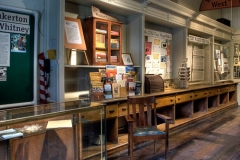 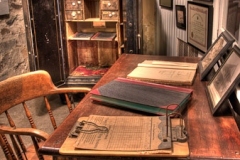 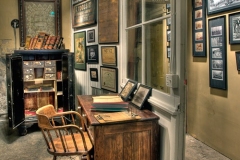 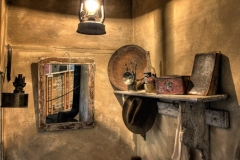 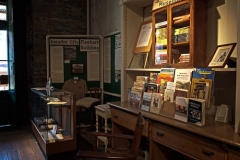 TAKE A TOUR OF THE MUSEUM

This old post office unit was the actual post office for the city of Amador City for many years. Many names are still listed on the boxes of residents or their descendants who continue to reside in Amador City.

Among the things of interest in the office are the original old safe belonging to the city and two very early ballot boxes used for city elections. The desk was originally used in the town’s Wells Fargo building, and many photos on the wall depict the early days of Amador City.

A replica of an old covered wagon occupies the back wall. It has a list of the many provisions and items people would need to make the long trek east to west. The wagon was built so that the top could be lifted off its wheels in order to cross rivers. People truly did WALK WEST, because the load that the horses pulled needed to be as light as possible.

Here is a replica of a one room school house that was so prevalent in the early days. If a settlement had at least 5 school aged children, a school could be established. Note the rules that were posted for the female teacher to follow.

This wall shows a well documented depiction of the different routes various women took when they literally walked west to California. These routes were gleaned from diaries that different pioneer women wrote about the hardships they endured as they made the long trek to California.

One of the ways a woman in a settlement was able to make a living was to rent out rooms in her boarding house. Rooms were very small with just a few necessities. When the mines were flourishing, a woman was able to rent out the beds for all three shifts, so the beds were in use 24 hours a day.

The back hallway is built to resemble a mine shaft, and has many photos of the different Amador City gold mines, including some of the early miners who worked these mines. 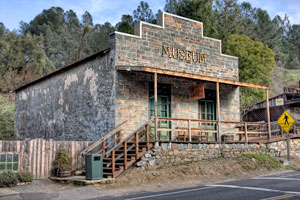 Only two miles from Sutter Creek on Highway 49, Amador City is the state’s smallest incorporated city by area. According to the United States Census Bureau, the city has a total area of 0.3 square miles (0.78 km2), all of which is land, making it the smallest city in California by size.

Amador City was originally settled in 1849 at what is now Turner Road and Amador Creek ( an old wagon road between Drytown and Sutter Creek) by several groups of gold panners who were drawn to the area looking for their lucky strike.

Little Amador Railroad — Remnants remain of an incredibly-detailed G-Scale model train set in a garden that featured miniature mines and mills and turn-of-the-century full-size mining equipment. It is currently unused.

Amador City Cemetery — located behind the Imperial Hotel. Visitors can take a self-guided tour of the 1.25-acre (5,100 m2) cemetery that dates back to the beginning of the town. Historic Highway 49

Amador Whitney Museum — located in one of the oldest commercial buildings in town, dating back 1860, the museum collects and displays items related to history and culture of the Mother Lode region. The museum is named after Mr. Whitney, an antique dealer, that bequeathed the building to the city of Amador to be used as a museum. Amador Whitney Museum